Jack Reacher really combines all the best characters into one guy!!! James Bond, Alex Cross,Jason Bourne.... and so on ad infinitum!!! Love how he keeps his clothes pressed!!! lol Read full review

I just love the characters in Child's Jack Reacher books. This is basically a very good story with some crazy, messy parts to it, but boy spending time in Reacher's world sure is fun. I want to know more about absolutely everybody in the novel. Goodness. Read full review

Lee Child is the author of nine Jack Reacher thrillers, including the New York Times bestsellers Persuader and The Enemy. His debut, Killing Floor, won both the Anthony and the Barry Awards for Best First Mystery. Foreign rights in the Jack Reacher series have sold in thirty-nine territories. Child, a native of England and former television writer, lives in New York City, where he is at work on his tenth Jack Reacher thriller, The Hard Way. 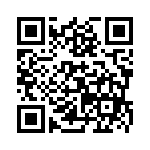