Excellent chapter review on the development of leadership and the critical need for it. Read full review

Mr. Gardner has been a director of a number of corporations, including Shell Oil Company, the New York Telephone Company, American Airlines and Time, Inc. Among other organizations he has served as a board member are Stanford University and the Scientific Advisory Board of the Air Force.

Mr. Gardner was the editor of President John F. Kennedy's book To Turn the Tide and the author of Excellence, Self-Renewal, No Easy Victories, The Recovery of Confidence, In Common Cause and Morale. He is the coeditor, with Francesca Gardner Reese, of Quotations of Wit and Wisdom.

In 1964 Mr. Gardner was awarded the Presidential Medal of Freedom, the highest civil honor in the United States. Among other awards he has received are the U.S. Air Force Exceptional Service Award, and the Distinguished Achievement Medal of the Stanford Athletic Board. 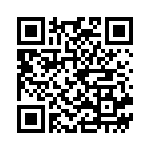