Polyglot Jakobson (1896-1982) was born in Russia, emigrated to Czechoslovakia, then fled the Nazis to the United States, where he became professor of linguistics at Harvard. This selection of writings ... Read full review

Roman Jakobson (1896-1982) was at the time of his death Professor Emeritus at Harvard University and at the Massachusetts Institute of Technology. 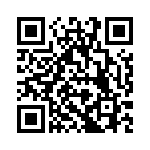