Basil H. Johnston was born on the Parry Island Indian Reserves in Ontario, Canada on July 13, 1929. He was a member of the Chippewas of Nawash First Nation in Ontario. He graduated from Loyola College, Montreal, Quebec in 1954. He was an author, storyteller and preserver of the Anishnaabe language. He was the author of 25 books and often wrote about Anishinaabe history. Five of his books were written in Anishinabemowin, the language of the Anishinaabe. He also worked at the Royal Ontario Museum in the Department of Ethnology for over two decades. He received several awards during his lifetime including the Order of Ontario and the 2004 National Aboriginal Achievement Award for Heritage and Spirituality. He died on September 8, 2015 at the age of 86. 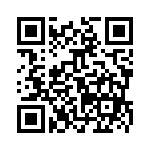