NOAM CHOMSKYwas born in Philadelphia in 1928. He studied at the University f Pennsylvania where he received his PhD in linguistics in 1955. He joined the taff at MIT and was appointed Institute Professor in 1976, gaining international enown for his contributions to the understanding of language acquisition. He ecame famous as a radical intellectual with the publication of his book, i>Manufacturing Consent, in 1988. Chomsky has written and lectured widely on inguistics, philosophy, intellectual history, contemporary issues, international ffairs and US foreign policy. His views have profoundly influenced both scientific nd political thought around the world. LARAY POLKwas born in Durant, klahoma and now lives in Dallas, Texas. She is a multimedia artist and writer. er articles and investigative reports have appeared in the Dallas Morning News, i>D Magazine, and In These Times. As a 2009 grant recipient from The Investigative und at The Nation Institute, she produced stories on the political entanglements nd compromised science behind the establishment of a radioactive waste isposal site in Texas, situated in close proximity to the 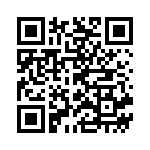