Lesley Choyce was born in New Jersey in 1951 and moved to Canada in 1978. Choyce teaches part-time at Dalhousie University, runs Pottersfield Press and has written 40 adult and young adult books. Choyce also hosts a nationally syndicated TV talk show in Halifax. His recent novel, The Republic of Nothing is currently being developed as a feature length movie. In 1996, Viking/Penguin published Choyce's best-selling Nova Scotia: Shaped By The Sea. Along with the Surf Poets, he has released a poetry/music album titled Long Lost Planet. 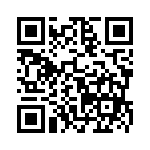