This supremely courageous woman is truly wearing too many hats, playing the roles of Luther, Calvin and Gandhi for her faith. Hailing from Somalia, a country and people that must be saved from themselves. Read full review

Nomad exists as one of the best books I have ever read. Ayaan Hirsi Ali presented herself as an incredible, multi-faceted, dynamic human being, and her book did not waste a single word in its effort ... Read full review

AYAAN HIRSI ALI, author of The Caged Virgin and the bestselling Infidel, was named one of Time magazine's "100 Most Influential People" in 2005, and Reader's Digest "European of the Year." She received Norway's Human Rights Service Bellwether of the Year Award, the Danish Freedom Prize, the Swedish Democracy Prize, and the Moral Courage Award for Commitment to Conflict Resolution, Ethics, and World Citizenship. Born in Somalia, raised Muslim, she fled to the Netherlands in 1992 to escape a forced marriage to an elderly cousin she had never met who lived in Canada. She learned Dutch, earned her college degree in political science, and worked for the Dutch Labor party, serving as a Dutch parliamentarian. She denounced Islam after the September 11 attacks, speaking out for the rights of Muslim women, the enlightenment of Islam, and security in the West. Since the murder of filmmaker Theo van Gogh by an Islamic fanatic she has lived under constant threat for her outspoken beliefs. 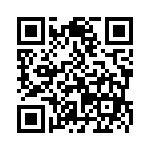