Sean T. Cadigan is an associate professor in the Department of History at Memorial Universiy of Newfoundland. 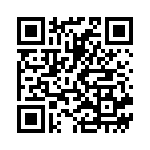