SUSAN FAST is a professor at McMaster University in Ontario, Canada, and author of In the Houses of the Holy: Led Zeppelin and the Power of Rock Music. KIP PEGLEY is an associate professor at Queens University and author of Coming to You Wherever You Are: MuchMusic, MTV and Youth Identities. 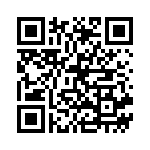