Dale H. Schunk is professor of education in the School of Education at The University of North Carolina at Greensboro, where he served as dean from 2001-2010. Previously, he was head of the Department of Education Studies at Purdue University and on the faculties at The University of North Carolina at Chapel Hill and the University of Houston. His research and teaching interests include motivation, self-efficacy, and self-regulated learning. He has published several books, articles, and chapters, is author of Learning Theories: An Educational Perspective (6e, Pearson Education, 2012), and is editor with Barry Zimmerman of Handbook of Self-Regulation of Learning and Performance (Routledge, 2011). His awards include Who's Who in America, the Distinguished Service Award from the Purdue University School of Education, the Early Contributions Award in Educational Psychology from the American Psychological Association, and the Albert J. Harris Research Award from the International Reading Association.

Judith L. Meece is a professor of education at the School of Education at The University of North Carolina at Chapel Hill. Her research and teaching interests include motivation, child and adolescent development, and gender issues. She has published numerous books, articles, and chapters, and is editor with Jacquelynne Eccles of Handbook of Research on Schooling, Schools, and Human Development (Routledge, 2012). She currently is president-elect of Division 15 (educational psychology) of the American Psychological Association.

Paul R. Pintrich was a professor of education in the School of Education at the University of Michigan. His research interests included motivation, cognition, and self-regulated learning. He published many books, articles, and chapters. He was an internationally respected scholar and a cherished colleague, advisor, and mentor. Among other honors, he received the Best Research Review Article from the American Educational Research Association. He died unexpectedly in 2003. 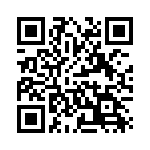