Leo Panitch is professor of political science at York University in Toronto and author of Renewing Socialism: Democracy, Strategy, and Imagination. 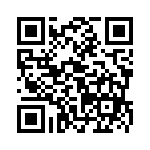