Zygmunt Bauman is Emeritus Professor of Sociology at the University of Leeds. He is the author of Modernity and Ambivalence, also from Cornell, and Legislators and Interpreters. 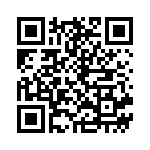