Trinquier learned about counterinsurgency in Algeria. He has some interesting ideas, but his ideas seem to take for granted that the enemy will do what he wants. Everything seems a little too neat. Good historical view of early counterinsurgency. Read full review

Roger Trinquier (1908-1986) was born into a peasant family and was graduated from the military academy at Saint-Maixent. He was posted in the Far East for much of his career. Following World War II, he campaigned in Vietnam before returning to organize and train a colonial parachute battalion in France. Then he was reassigned to Indochina as an expert on counterguerrilla warfare. This tour was followed by his active role in the revolt of May 1958 by the French army in Algeria, for which he was labeled a political colonel. Afterward Colonel Trinquier led a group of fellow officers-recruited from elite units and officially retired, but with the approval of the Ministry of Defense- to serve as mercenaries in Katanga Province, Zaire, under the secessionist leader Moise Tshombe. He published La Guerre Moderne, which was translated into English, and a number of other books dealing with the Indochina war and the exploits of French airborne forces. 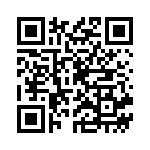