As the Western world is exposed to increasing numbers of English translations of Tibetan books – endangered in their own country due to the consequences of the Chinese invasion of Tibet – the deep spiritual connection between Tibetan culture and the shadow side of Western civilization becomes increasingly apparent. I say the “shadow” of Western civilization because this aspect of Western history has been largely suppressed by the Christian church and then by the capitalist establishment as we make the transition to what is to all appearances the brave new world of technocracy. However, beneath the surface Western civilization presents another aspect, dark, mystical, introverted, and profound. I refer to a whole succession of intellectual developments that originated with the Gnostics, Neo-Platonists, and Hermeticists and developed through Cabala, Alchemy, Freemasonry, and Rosicrucianism into our own time in the form of the magical and occult revival and finally the psychedelic revolution and the transpersonal movement, based on the belief in intuition, imagination, symbolism, and personal spiritual experience. Thus, one finds when one read this great Tibetan classic as though one has been transported to an hermetic court of the European Renaissance. MO is no counting of entrails or the flight of birds, however, but rather an expression of a profound underlying philosophical worldview based on profound philosophical doctrines like the universal interconnectedness of things – something that has only come into its own in Western philosophy in the past hundred years. The MO “samples chance” with very much the same assumptions as the I Ching, that one is thereby accessing the underlying mathematical and probabilistic character of existence. This view of existence became scientific with the advent of quantum physics. The concept of the binary pervades the MO: two dice, two throws, two types of throw (waning moon, waxing moon, yin, yang), two aspects (inner and outer), two significations (positive and negative), four elements (2+2), and six itself as the reification of two in three dimensions (the six sides of the square). The Dalai Lama has used the MO for six decades, and, like C.G. Jung vis a vis the I Ching, became convinced of its efficacy. The MO is an expression of a profound spiritual philosophy that surprisingly perhaps gives us immediate access to a lost aspect of our own civilization, which is also the universal primordial inheritance of humanity that is now beginning to reemerge, faced with the twin challenges of communism and militant secularism that are threatening to annihilate the human spirit as predicted by Aldous Huxley. 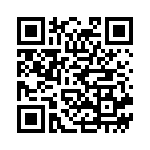