Years after the demise of Adolf Hitler, the west continue to sensor access into his works and the socall holocust, how free is the west them ? Is the west covering up of some things about Adolf Hitler to escape anti-Semite blackmail?. After what i can now comfortably refer to "Iraq gate scandal", - on flawed America with its western allies- false claim of weapons of mass destruction, should the west be trusted even with Hitler story?. Hmm, like the late Bob Marley said, "we get soma ny thing to say right now"

Adolf Hilter was born in Austria on April 20, 1889. As a young man, he wanted to become an artist, but was rejected twice by the Academy of Fine Arts Vienna. While in Vienna, he worked as a struggling painter copying scenes from postcards and selling his paintings to merchants and tourists. He served in the Bavarian army during World War I and received two Iron Crosses for his service. He was discharged from the army in March 1920. On April 1, 1924, he was sentenced to five years in Landsberg prison for the crime of conspiracy to commit treason. While there, he dictated his political book Mein Kampf (My Struggle) to his deputy Rudolf Hess. He was released in December 1924 because he was considered relatively harmless. He was the leader of the Nazi party and gained political power using oratory and propaganda, appealing to economic need, nationalism, and anti-Semitism during a time Germany was in crisis. He became a German citizen in 1932, the Chancellor of Germany in 1933, and the Fuhrer of Germany in 1934. He started World War II by invading other countries in order to expand Germany. He murdered millions of people considered undesirable to his view of an ideal race, which is now referred to as the Holocaust. This genocide lead to the deaths of approximately 11 million people including but not limited to Jews, communists, homosexuals, Roma, Jehovah's Witnesses, and prisoners-of-war. Hitler committed suicide in his underground bunker in Berlin on April 30, 1945. 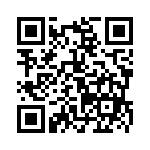