Christopher Gill is Professor of Ancient Thought at the University of Exeter. His interests focus on Greek and Roman ethics and psychology, including ancient ideas of personality and self, and the philosophical therapy of emotions. He is also concerned with the relationship between ancient and modern ideas on these topics. He has published a number of monographs and edited volumes on these subjects, especially with Oxford University Press. 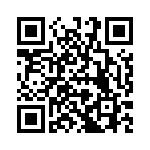