Page 5 - Burke said there were Three Estates in Parliament ; but, in the Reporters' Gallery yonder, there sat a Fourth Estate more important far than they all. It is not a figure of speech, or a witty saying ; it is a literal fact,— very momentous to us in these times.
Appears in 158 books from 1840-2008

C. Edwin Baker is the Nicholas F. Gallicchio Professor of Law at the University of Pennsylvania Law School and has been on the faculty at Penn since 1981. He also taught at NYU, Chicago, Cornell, Texas, Oregon, and Toledo law schools and at Harvard's Kennedy School of Government, and he was a staff attorney for the ACLU. He is the author of three earlier books: Media, Markets, and Democracy (Cambridge University Press, 2002), which won the 2002 McGannon Communications Policy Research Award; Advertising and a Democratic Press (1994); and Human Liberty and Freedom of Speech (1989). He has written more than fifty academic articles about free speech, equality, property, law and economics, jurisprudence, and the mass media, in addition to occasional popular commentary. 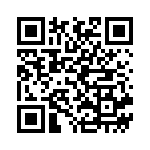