Stephen Dale was staff writer at NOW magazine in the 1980s, and in the 1990s made documentaries for CBC Radio's Ideas program and worked as a Canadian correspondent for Inter-Press Service, a third world news agency. Recently, he was a columnist for Treehouse Canadian Family magazine. His articles have appeared in publications such as The Globe and Mail, the Toronto Star, This Magazine, New York Newsday, the Washington Post, Canadian Forum, and Toronto Life. 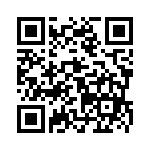