I wouldn't buy this book. It did come up in a search of mine for the Elena's models documentary. Elena's models is a reputable business. I think if this book is alluding to Elena's models, given the title, would rightly attract legal action. But given nobody has bought it, I think says enough.

Dr Kaye Quek is a Lecturer in Global Studies at RMIT University, Australia. 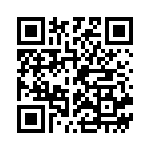