STEPHEN P. ROBBINS (Ph.D., University of Arizona) is professor emeritus of management at San Diego State University and the world''s best-selling textbook author in the areas of both management and organizational behavior. His books have sold more than 5 million copies and have been translated into 20 languages. His books are currently used at more than 1500 U.S. colleges and universities as well as hundreds of schools throughout Canada, Latin America, Australia, New Zealand, Asia, and Europe. Dr. Robbins is also the author of the best-selling T he Truth About Managing People, 2nd ed. (Financial Times/Prentice Hall, 2008) and D ecide & Conquer (Financial Times/Prentice Hall, 2004).

MARY COULTER (Ph.D., University of Arkansas) is professor emeritus of management at Missouri State University. Dr. Coulter has published other books with Prentice Hall, including S trategic Management in Action, now in its sixth edition, and E ntrepreneurship in Action, which is in its second edition. When she''s not busy writing, Dr. Coulter enjoys puttering around in her flower garden, trying new recipes on family members (usually successful!), reading a variety of books, and enjoying many different activities with family.

ED LEACH received his Ph.D. in computing technology in education from Nova Southeastern University in Ft. Lauderdale and an MBA from the University of Western Ontario. Prior to completing his graduate work, Dr. Leach was an entrepreneur who also taught in the professional programs of the Society of Management Accountants and the Purchasing Management Association of Canada. His interest in working with entrepreneurs has continued since joining Dalhousie University, where Dr. Leach has mentored lead entrepreneurs during the start-up phase of their technology businesses, including two IPOs. Dr. Leach is an award-winning professor who developed the introductory management course at Dalhousie and has taught it since its inception in 1999. His research interests lie in the field of entrepreneurship and specifically the role of creativity in triggering innovation. Dr. Leach is the director of the Norman Newman Centre for Entrepreneurship, in the School of Business, Dalhousie University, and is a past president of the Canadian Council for Small Business and Entrepreneurship (CCSBE), 2006.

M ARY KILFOIL received her Ph.D. from Dalhousie University and her master''s degree from Carleton University, in economics. Dr. Kilfoil teaches the introductory management course in the Faculty of Management as well as courses in economics, program evaluation, and research methods at Dalhousie University. She has developed course curricula for the MBA Financial Services Program and the Executive Masters of Public Administration (MPA-M)Program offered to government employees across Canada. Dr. Kilfoil has more than 20 years'' experience as a manager in the private sector and holds the position of senior economist and partner at Gardner Pinfold Consultants, one of Canada''s leading firms specializing in economic analysis. She has extensive experience as a researcher, analyst, and report writer in the field of environmental and natural resource economics, economic impact analysis, and climate change policy, with some 75 major reports to her credit. She is also the co-director for the Dalhousie Shad Valley Program, a residential academic program for gifted youth. 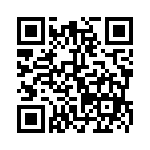