Joan Rothschild was born in New York City and was educated first at Cornell University, where she received a B.A. degree in 1948, and then at New York University, where she earned both M.A. and Ph.D. degrees in 1966 and 1970 respectively. She has done postdoctoral research at the Harvard Program on Technology and Society, the City University of New York, and Brooklyn Polytechnic University. Rothschild has worked as a writer for the (now defunct) New York Herald Tribune and taught at a number of universities, including the City University of New York, the University of Cincinnati, and the University of Massachusetts at Lowell. At the latter she directed the Technology, Society and Human Values Program and served as coordinator of Women's Studies for the university. In these positions, and as a founding member of the National Women's Studies Association, Rothschild has exercised a formative influence on the development of feminist scholarship and has worked to bring to feminist studies special attention to those issues related to science and technology. 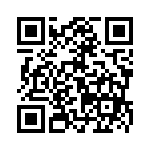