This book came up on hoopla as a new release. I was excited because I love Beck, so much, and love to read anything he writes. I will never forget sitting in class while a professor told us about Beck's CBT work on schizophrenia happening right down the hall from where we sat. It was unthinkable at the time that CBT could help with such a serious condition as schizophrenia. And from all of the evidence pouring in, it looked (and still does) like CBT might work as well as meds for some people.
Knowing that, I was sure I would love this book on CBT and couple's counseling. After adding it to my 'currently reading' list, I realized it was published in 1998. Still not a problem since I love the history and development of CBT. Even with that positive mindset, I just hated this book. In a way, it seems unfair to rate it low. I am sure CBT has helped and continues to help countless couples who struggle with various marital issues.
The only thing I can say for certain is that it is a very good thing I am not a marriage counselor. I would have told every last couple in this book to get divorced. If my own marriage were anything like any of these boring marriages, plagued with what I consider to be petty and ridiculous problems, I would run for the door so fast. Life is way too short to spend it in any of these relationships.
Despite loving CBT, the only thing I can say I learned from this book was just how lucky I am to be with a person who I find so interesting, loving, brilliant, exciting, and just damned fun to be with. I wish that for everyone and feel like if anyone messed up the first time around and found themselves in any of these situations, they should just leave and find something that is actually right for them. I believe Beck should have been more encouraging about leaving and less encouraging to use CBT to fix what seem to be extremely bad matches, but that is just my opinion.
Obviously I was not the target audience for this book. 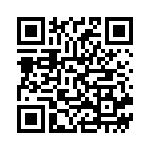