A member of the Micmac nation, Rita Joe is one of the best-known native writers. Born in Nova Scotia, where she lived on the Eskasoni Reserve in Cape Breton, Joe won the Nova Scotia Writers Federation competition in 1974. Later she said that winning the prize made her think that other native writers would say: "If she can do it so can I." She has commented that "the stroke of a Native pen does wonders, especially for the coming generation." Deeply involved in education, Joe works not only with native children but speaks as well to a wide range of audiences on native culture, stressing its importance, development, and preservation. Her first book, Poems of Rita Joe, appeared in 1978 and contains 26 poems. While Micmac translations accompany some of these poems, there are no translations in her second book, Song of Eskasoni: More Poems of Rita Joe (1988), which makes full use of Micmac lines and phrases along with the English. Marked by simplicity and directness, Joe's poetry expresses her solution to the problems of Indian-white relations: to rely on "the power of love and understanding. 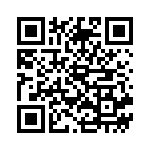