These two books represent profound efforts to humanize and contextualize the female Islamic American experience. Living Islam Out Loud is made up of disparate essays dedicated to topics like love ... Read full review

Saleemah Abdul-Ghafur was chief executive of Azizah, a magazine for Muslim women. In 2004, she was an integral part of a national movement to give women space and voice in American mosques, and in 2005 she co-organized the historic woman-led prayer in New York City. A frequent presenter on Islam and women, Abdul-Ghafur lives in Atlanta, Georgia. 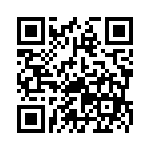