Excellent book to read during this election season. Shows the human side of Hillary. It matches nicely with what I have gathered about her over the years from the news. She is a dedicated public servant who should make an excellent president. Read full review

I really enjoyed this book especially since it was read by Hillary. I totally forgot about all the investigations and it was interesting to hear what she had to say about things. You can hear in her ... Read full review

Hillary Clinton was brought up in Chicago and educated at Wellesley College and Yale, after which she practised as a lawyer and was active in promoting children's rights. She married Bill Clinton in 1975 and became America's First Lady when he was elected President in 1993. She is the junior senator from New York. 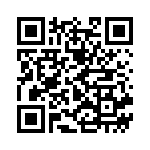