A simple rhyme that is just beautiful. The illustrations are a perfect match. This book showcases two languages, English and plains Cree. I have no idea how to pronounce any of the Cree words, but it looks like a beautiful language I would love to learn. Read full review

Richard Van Camp is a proud member of the Tlicho Dene Nation from Fort Smith, Northwest Territories. A graduate of the En'owkin International School of Writing, the University of Victoria's BFA in Creative Writing program and the MFA in Creative Writing at the University of British Columbia, Richard is the author of over twenty books in just about every genre, including Little You and Welcome Song for Baby . His novel The Lesser Blessed is now a movie with First Generation Films. 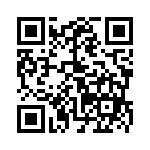