This book is kind of all over the place. Some neurochemistry, some evolutionary biology, some Gaia theory. I think there's definitely some insight here, and recent research backs up a lot of the ... Read full review

It seems this book did not get the respect it deserved. It's one of the few books on fat loss and health-improvement that truly contains new information. My sense was that the book's findings -- with ... Read full review

T.S. Wiley has been a writer and researcher in endocrinology, molecular biology, biophysics, and genomics for more than two decades. She is a noted speaker and educator who has testified on women’s health at the US Senate as well as presented her published research at Harvard Medical School. Her independent research has been published in the Annals of Clinical and Laboratory Science, Molecular and Cellular Biochemistry, and Experimental Cell Research, among others, and her second book, Sex, Lies and Menopause (Harper Collins, 2003), is influential in the anti-aging community. As a pharmaceutical designer of drugs, she holds a patent on the Wiley Protocol and is CEO of Wiley Systems. She is a blogger for the Huffington Post, who divides her time between Santa Fe, Los Angeles, and New York City. She is mother to five children and grandmother to five grandchildren. 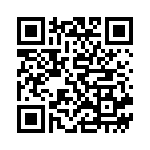