Zhiyuan Chen completed his Ph.D., titled "Lifelong Machine Learning for Topic Modeling and Classification", at the University of Illinois at Chicago under the direction of Professor Bing Liu. He joined Google in 2016. His research interests include machine learning, natural language processing, text mining, data mining, and auction algorithms. He has proposed several lifelong learning algorithms to automatically mine information from text documents, and published more than 15 full research papers in premier conferences such as KDD, ICML, ACL, WWW, IJCAI, and AAAI. He has also given three tutorials about lifelong machine learning at IJCAI-2015, KDD-2016, and EMNLP-2016. He has served as a PC member for many prestigious natural language processing, data mining, AI, and Web research conferences. In recognition of his academic contributions, he was awarded Fifty For The Future® Award from the Illinois Technology Foundation in 2015.

Bing Liu is a Distinguished Professor of Computer Science at the University of Illinois at Chicago. He received his Ph.D. in Artificial Intelligence from the University of Edinburgh. His research interests include lifelong machine learning, sentiment analysis and opinion mining, data mining, machine learning, and natural language processing. He has published extensively in top conferences and journals in these areas. Two of his papers have received 10-year Test-of-Time awards from KDD, the premier conference of data mining and data science. He has also authored three books: one on Web data mining and two on sentiment analysis. Some of his work has been widely reported in the popular press, including a front-page article in the New York Times. On professional services, he served as the Chair of ACM SIGKDD from 2013-2017, as program chair of many leading data mining related conferences, including KDD, ICDM, CIKM, WSDM, SDM, and PAKDD, as associate editor of many leading journals such as TKDE, TKDD, TWEB, and DMKD, and as area chair or senior PC member of numerous natural language processing, AI, Web research, and data mining conferences. He is a Fellow of the ACM, AAAI, and IEEE.

University of Texas at Austin 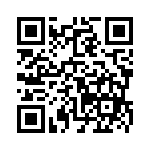