Elizabeth Loentz received her Ph.D. from Ohio State University and serves as Associate Professor and Director of Graduate Studies at the University of Illinois, Chicago. 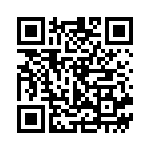