Lacrosse: a history of the game

yeet book was long and stuff :(

Donald M. Fisher is a professor of history at Niagara County Community College. 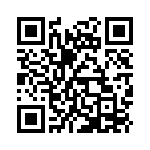