Mark Gado is a Police Detective in New York where he has received dozens of awards and commendations during his 29-year career. He is a Vietnam combat veteran (1967-68) and was part of the Ground Zero rescue effort in September and October 2001. Gado writes on criminal justice issues and historical crime for Court TV's Crime Library. Killer Priest is his first book. 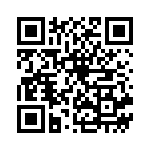