If you want a relatively light-weight biography of Kierkegaard, this is not a bad place to start. It makes some weird--probably considered artsy-- choices along the way. For example, it starts with ... Read full review

Kierkegaard: A Single Life is an interesting biography of the Nineteenth Century philosopher and a summary of some of his writing. The book is written for a general reader audience, and no prior ... Read full review

Stephen Backhouse (DPhil, Oxford) is the founder and director of Tent Theology, a venture that designs and delivers theology programmes to local churches. He is the Dean of Theology in the Local Church for Westminster Theological Centre and was formerly the Lecturer in Social and Political Theology at St Mellitus College. He is a historian of Christian thought, an expert on the work of Sřren Kierkegaard and a recognised authority on the political theology of nations and nationalism. He is the author of many publications, including the award-winning popular biography Kierkegaard: A Single Life (Zondervan, 2016) and the Zondervan Essential Companion to Christian History (Zondervan, 2019). He has lived in the United States, and makes his home in Britain and Canada. 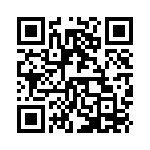