IT'S THE CRUDE, DUDE: Greed, Gas, War, and the American Way

A feisty Canadian journalist (Toronto Star) reviews the history of the oil industry, identifies some villains and some heroes (precious few of the latter) and tries to understand—not sanction—the ... Read full review

It's the crude, dude: greed, gas, war, and the American way

Proudly touted on the cover as "Canada's Michael Moore," Toronto Star columnist McQuaig displays strengths and weaknesses similar to the controversial filmmaker in this exposĂƒÂŻĂ‚ÂżĂ‚Â˝ of the U.S ... Read full review

Journalist and Canadian bestselling author Linda McQuaig has a reputation for challenging the establishment. Winner of Canada's National Newspaper Award and an Atkinson Fellowship for Journalism in Public Policy, she has written for The Globe and Mail, National Post, Montreal Gazette, and numerous national magazines. She now writes a weekly political column on the op-ed page of The Toronto Star. 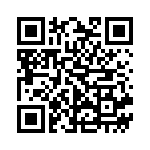