Poetically written novella featuring an imagined conversation between Kublai Khan and Marco Polo. It is atmospheric. Some “cities” are places that sound wonderful – a place to go visit, while others ... Read full review

The description of this book is a series of conversations between Marco Polo and Kublai Khan, where Marco Polo describes the cities he's visited. The book is mostly descriptions of cities - real ... Read full review

Italo Calvino 1923-1984 Novelist and short story writer Italo Calvino was born in Cuba on October 15, 1923, and grew up in Italy, graduating from the University of Turin in 1947. He is remembered for his distinctive style of fables. Much of his first work was political, including Il Sentiero dei Nidi di Ragno (The Path of the Nest Spiders, 1947), considered one of the main novels of neorealism. In the 1950s, Calvino began to explore fantasy and myth as extensions of realism. Il Visconte Dimezzato (The Cloven Knight, 1952), concerns a knight split in two in combat who continues to live on as two separates, one good and one bad, deprived of the link which made them a moral whole. In Il Barone Rampante (Baron in the Trees, 1957), a boy takes to the trees to avoid eating snail soup and lives an entire, fulfilled life without ever coming back down. Calvino was awarded an honorary degree from Mount Holyoke College in 1984 and died in 1985, following a cerebral hemorrhage. At the time of his death, he was the most translated contemporary Italian writer and a contender for the Nobel Prize for Literature.

William Weaver was born on July 24, 1923. During World War II, he joined the American Field Service and was sent to Africa and then to Italy as an ambulance driver. As a senior at Princeton University, he had a short story published in Harper's Bazaar. After graduation, he taught at the University of Virginia for a year before returning to Italy. He was a translator of modern Italian literature into English. He translated the works of numerous authors including Italo Calvino, Umberto Eco, Giorgio Bassani and Primo Levi. He also studied opera and wrote several books on the subject including The Golden Century of Italian Opera from Rossini to Puccini. He taught at Bard College in Annandale-on-Hudson, New York in the 1990s. He died on November 12, 2013 at the age of 90. 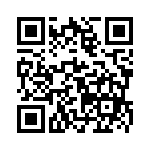