I hate not finishing a book that I've started but I had to give up on this one. The writing wasn't bad but I just could NOT deal with the contents. I like true crime; it's one of my favorite genres. I ... Read full review

Very, very, very thorough book about this criminal couple. Great details about everyone's private lives: the killers themselves and the victims. Even the random girls Bernardo attacks are given short narratives that draw you in. Very good read but miserable at the same time. Read full review

Stephen Williams is a Canadian investigative journalist and writer. His reputation was solidified by the continuing success of two books, Invisible Darkness: The Strange Case of Paul Bernardo and Karla Homolka and Karla: A Pact with the Devil. Williams has been twice arrested for his writing, once in 1998 and again in 2003, criminally charged with more than one hundred counts of disobeying court orders and publication bans, twice put on trial over the eight-year period between 1998 and 2005, and twice exonerated. Williams has received the Hellman-Hammett Award from the Human Rights Watch, an award presented annually to journalists who have been prosecuted by totalitarian regimes such as China and Iran. 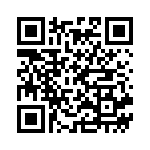