Tony VanDuzer is a professor and former Vice Dean of Research with the Faculty of Law (Common Law Section) at the University of Ottawa, as well as an Adjunct Research Professor at the Norman Paterson School of International Affairs at Carleton University in Ottawa. He has written widely on investment and trade in services issues and completed several major studies for the government of Canada, including an analysis of the impact of the WTO General Agreement on Trade in Services to health, education and social services in Canada (2004) and a study of Canadian foreign investment policy (2005). He has participated in technical assistance projects related to trade and investment issues in more than 25 transition and developing economies over more than 20 years. He was a Member of the Academic Advisory Council to Canada's Deputy Minister for International Trade from 2002 to 2006. Penelope Simons is an associate professor at the Faculty of Law (Common Law Section), University of Ottawa, Canada. She has been engaged in research on corporate human rights accountability since December 1999 when she participated in the Canadian Assessment Mission to Sudan (Harker Mission), appointed by Canada's Minister of Foreign Affairs and International Trade, to investigate allegations of slavery as well as links between oil development in Sudan and violations of human rights. Her research focuses on the human rights impacts of domestic and extraterritorial activity of extractive corporations, state responsibility for corporate complicity in human rights violations and the human rights implications of transnational corporate activity facilitated by international economic law. She is the co-author with Audrey Macklin of The Governance Gap: Extractive Industries, Human Rights, and the Home State Advantage (Routledge, forthcoming 2013) which examines the human rights implications of corporate activity in zones of weak governance and argues for home state regulation. Graham Mayeda is an associate professor at the Faculty of Law (Common Law Section), University of Ottawa, Canada. His recent work has focused on the impact of international trade and investment law on developing countries. He is also interested in foundational issues in international law such as the role of global justice in structuring international legal regimes. In particular, he is interested in issues of justice raised by developing countries and methods for interpreting international law that can be more responsive to these claims. While on sabbatical at New York University Law School in 2011, he conducted research on the influence of Canadian, American and UK anti-terrorism policy on poverty alleviation and development work conducted by these countries. More recently, he has studied how international and domestic administrative law regimes can be used to promote and protect the interests of developing countries in international legal regimes. Outside of international law, his research has branched into legal theory, theories of judgment, social rights and public protest, and environmental law. He has a background in philosophy and specialises in East Asian and contemporary European ethics. 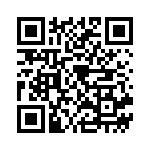