Craig Edward Moncrieff Brown is an English satirist and critic who is best known for his parodies in the British News Magazine, Private Eye. He attended Eton and Bristol University and became a freelance journalist in London. He was a columnist, sketchwriter, and restaurant critic for publications such as: The Tatler, The Spectator, The Times, and The Sunday Telegraph. He also writes comedy shows such as the television hit "Norman Ormal", and the radio show "This is Craig Brown". In 2018 he won the James Tait Black Memorial Prize in the biography category for his biography of Princess Margaret, Countess of Snowdon, Ma'am Darling: 99 Glimpses of Princess Margaret. His other title's include: The Lost Diaries, One on One, and The Tony Years. 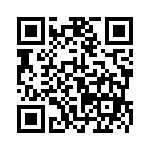