David Art is Associate Professor of Political Science at Tufts University. He is the author of The Politics of the Nazi Past in Germany and Austria (Cambridge University Press, 2006), as well as articles on the radical right in journals such as Comparative Politics, German Politics and Society and Party Politics. Art is co-convenor of the European Consortium for Political Research's Standing Group on Extremism and Democracy. During 2008–9, he was a Max Weber Fellow at the European University Institute and has been awarded grants from the Fulbright Program, the German Academic Exchange Service (DAAD) and the Minda de Gunzburg Center for European Studies at Harvard University. 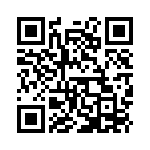