James J. F. Forest is director of terrorism studies and associate professor in the Combating Terrorism Center at West Point, The U.S. Military Academy, West Point, NY. He has published over ten books on terrorism and counterterrorism, in addition to numerous articles and commentaries. His books include the Praeger Security International titles Countering Terrorism and Insurgency in the 21st Century: International Perspectives (2007), Homeland Security: Protecting America's Targets (2006), and The Making of a Terrorist: Recruitment, Training, and Root Causes (2005). 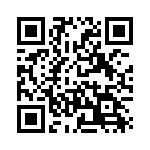