Nancy Mace entered The Citadel in 1996 and after three years became the first female graduate of the South Carolina military college. She is the daughter of Army Brigadier General James E. Mace and Dr. Anne J. Mace, Ed. D. She grew up in a family that encouraged athletic sports participation as well as academic determination. Nancy has both a sister and a brother who have attended West Point, the United State Military Academy. Currently, she works with a management consulting firm. Nancy now lives with her husband (also a Citadel graduate) in Fort Benning, Georgia. 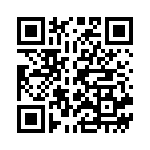