In a Day's Work: The Hidden Story of Sexual Violence Against America's Most Vulnerable Workers

In this exposé of workplace sexual violence against women, Yeung, a journalist from the Center for Investigative Reporting, amplifies the voices of some of the American economy’s most marginalized ... Read full review

Bernice Yeung is an award-winning journalist for Reveal from The Center for Investigative Reporting. She was a 2015–2016 Knight-Wallace Fellow at the University of Michigan. Her work has appeared in the New York Times, Mother Jones, and The Guardian, as well as on KQED Public Radio and PBS Frontline. She lives in Berkeley, California. 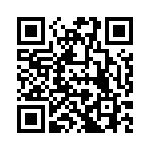