Bob Blaisdell is professor of English at the City University of New York's Kingsborough Community College and the editor of twenty-two Dover literature and poetry collections. 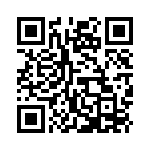