Roland Barthes (1915-1980), a French critic and intellectual, was a seminal figure in late twentieth-century literary criticism. Barthes's primary theory is that language is not simply words, but a series of indicators of a given society's assumptions. He derived his critical method from structuralism, which studies the rules behind language, and semiotics, which analyzes culture through signs and holds that meaning results from social conventions. Barthes believed that such techniques permit the reader to participate in the work of art under study, rather than merely react to it. Barthes's first books, Writing Degree Zero (1953), and Mythologies (1957), introduced his ideas to a European audience. During the 1960s his work began to appear in the United States in translation and became a strong influence on a generation of American literary critics and theorists. Other important works by Barthes are Elements of Semiology (1968), Critical Essays (1972), The Pleasure of the Text (1973), and The Empire of Signs (1982). The Barthes Reader (1983), edited by Susan Sontag, contains a wide selection of the critic's work in English translation. 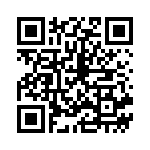