This is Girard's accessible presentation of the gospel's power in exposing the cycle of mimetic violence. He approaches the bible anthropologically and shows how it is unique in it's ability to unmask ... Read full review

chartres, france speaker dr. jeremy taylor steals from christian and lauren artress from wisdom university and all the veriditas board know and protect reverend jeremy taylor d.min u.u. ph.d, (hon) s.t.d. m.a.-im the One, you said you dont beleive in, im the HOly Ghost, inside of bob, hes, not happy, I torture him, tearing his face, visit ministry of dreams, he likes you but cant talk, cause, you two would laugh, and love two, he, tells it like this, It feels like a body your perfect size coming in, the Holy Ghost baptizm, thats you on ministry of dreams, hey goddamit said peter gilmour, im the new ministering spirit on ministry of dreams, watch for your name, you devil worshipper, you dont, but, do, hi, said, Anton Szandor LaVey, thats him, pointed, hollie, shut up, she said, showing cut off, he lost his chance, knew, started the church of satan, and that was, said, hollie, satan, lucifer, she said, laughing, loves, being talked to, but, knows, thats beezlebub said hollie showing cut off, made you look at it said Jesus, thats, peter gilmour, looking, likes, knows, I like God, do, wiped lips, we want bob, he said, left, thats bob hickman showing, come on, have fun at church, they are the same, he said, and peter gilmour shakes yes, knows, put it under, said, hollie, cut off said Peter H. Gilmore, dont look at it he said, trembles, knows, bob prays, save, yeah shakes gilmour, but, showed, cut off, im lost, he said, thats, pointed hollie, dr. rev. jeremy taylor bowing and loving his kathy taylor m.a., shes, the devil, said, hollie, his, and dr. jeremy taylor d.min, I see I made you look at it said, hollie, you stole ministry of dreams, and reverend jeremy taylor, sees, loves being pursued by bob, but Jesus inside of bob ruins taylor like, me said rev. antonia vladimirova, I dont dream said antonia vladimirova, she lost, but, like her reverend, dr. jeremy taylor, u.u., preaches, thats m.a. jeremy taylor ph.d. pocketing, showing, cut that off, if people try to givem visions,

René Girard was born on December 25, 1923 in Avignon, France. He received an advanced degree in medieval studies at the École Nationale des Chartes in 1947 and a Ph.D. in history from Indiana University in 1950. He taught French language and literature at Indiana University, Duke University, Bryn Mawr College, Johns Hopkins University, and the State University at Buffalo. He taught at Stanford University from 1981 until his retirement in 1995. His explorations of literature and myth helped establish influential theories about how people are motivated to want things. His first book, Deceit, Desire, and the Novel, was published in French in 1961 and in English in 1965. His other works included Violence and the Sacred and Things Hidden Since the Foundation of the World. He received a lifetime achievement award from the Modern Language Association in 2009 and the Order of Isabella the Catholic from the king of Spain for his work in philosophy and anthropology in 2013. He died on November 4, 2015 at the age of 91. 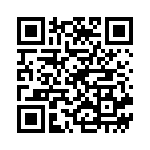