Lisa Fitzpatrick is Senior Lecturer in Drama at University of Ulster in Derry. Her work is concerned with violence, post-conflict theatre and gender, and she is the author of Rape on the Contemporary Stage (2017), as well as edited collections on Performing Violence in Contemporary Ireland (2010) and Performing Feminisms in Contemporary Ireland (2013). Her current work explores gender-based violence in conflict and post-conflict societies and involves a collaboration with Kabosh Theatre Company, Belfast. She is co-convenor of the Feminist Working Group at the International Federation for Theatre Research, as well as a founding member of the Irish Society for Theatre Studies.

Mária Kurdi is Professor Emerita in the Institute of English Studies at the University of Pécs, Hungary. Her research focuses on modern Irish literature, English-speaking drama and comparative studies. She has published seven books and edited or co-edited several essay collections. Her own books include Representations of Gender and Female Subjectivity in Contemporary Irish Drama by Women (Edwin Mellen, 2010), Approaches to Irish Theatre through a Hungarian's Lens (University of Pécs, 2018) and a monograph on J. M. Synge in Hungarian (Pécs: Kronosz kiadó, 2021). Her edited volumes include Literary and Cultural Relations: Ireland, Hungary, and Central and Eastern Europe and Radical Contemporary Theatre Practices by Women in Ireland (co-edited with Miriam Haughton), which Carysfort Press published in 2009 and 2015, respectively. Mária Kurdi has numerous articles in English and Hungarian journals as well as essay collections. In 2020 she edited a block of essays about aging and ageism in literature and theatre for the Hungarian Journal of English and American Studies, which will be part of a book on the subject she is editing for HJEAS Books, New Series, to be published in 2022. 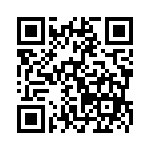