HEATHER PATTERSON is the author of Thanks for Thanksgiving, Pioneer Christmas Crafts, A Poppy Is to Remember and Canada From Above, all published by Scholastic Canada, Ltd. A former elementary school teacher and children's book editor, Heather is a fiercely proud Canadian. She lives in Etobicoke, Ontario.

Jon Klassen is a writer and illustrator of children's books. He won the 2013 Caldecott Medal for illustration, recognizing This Is Not My Hat, which he also wrote. He is also well known for his 2011 picture book I Want My Hat Back. Jon studied animation at Sheridan College. He moved to Los Angeles after graduation and made an animated short with Dan Rodriques, An Eye for Annai. He worked on Neil Gaiman's Coralin and Kung Fu Panda, and was the art director for U2's animated video for I'll Go Crazy If I Don't Go Crazy Tonight.

BARBARA REID is the bestselling author and illustrator of more than a dozen picture books, and the illustrator of over twenty five. She has won the Ezra Jack Keats Award, the Vicky Metcalf Award for Literature for Young People, The Governor General's Award for Illustration and the Ruth and Sylvia Schwartz Award. In 2013 she became a member of the Order of Canada, and in 2015 she was named Honorary Chair of Family Literacy Day. Her book Picture the Sky won the 2018 CBC Fan Choice Award and was shortlisted for the 2018 TD Canadian Children's Literature Award. She lives in Toronto, Ontario. Visit her at www.barbarareid.ca.

MARIE-LOUISE GAY has won awards, including the Governor General's Award, for her children's book illustrations.

Jeremy Tankard is the creator of the Los Angeles Times Favorite Book Grumpy Bird and its companions Boo Hoo Bird, Hungry Bird, and Sleepy Bird, and the illustrator of several acclaimed picture books, including Rachel Vail's Piggy Bunny and David LaRochelle's It's a Tiger! The beloved Bird books are bestsellers in Tankard's native Canada. He lives in Vancouver with his wife and two children. You can visit him online at jeremytankard.com.

Genevičve Côté studied art and graphic design at Concordia University in Montreal. She has illustrated numerous books for children. She also enjoys writing her ownstories: Quel éléphant? ( What Elephant? ) and Je suis lŕ, petit Lundi ( With You Always, Little Monday ) were the first books that she both wrote and illustrated. Côté's editorialart has appeared in The New York Times, The Wall Street Journal, The Boston Globe and other publications. Her books have received three nominations for the Governor General's Award for Illustration, one of which she went on to win. She has also won the Elizabeth Mrazik-Cleaver Award.

RUTH OHI has illustrated more than sixty children's books -- several of which she has also written, including Fox and Squirrel, Fox and Squirrel Make a Friend, Shh! My Brother's Napping, and Scribble. Her books have been nominated for many prestigious awards, including the Marilyn Baillie Picture Book Award, Amelia Frances Howard-Gibbon Award, Mr. Christie's Award, Chocolate Lily, Shining Willow, Blue Spruce and the Governor General's Award. She lives with her family, and many backyard squirrels, in Toronto, Ontario. Visit her online at www.RuthOhi.com.

ASHLEY SPIRES earned her BFA at the Emily Carr Institute of Art and went on to earn a graduate diploma in illustration from Sheridan College. She is also the illustrator of Quel génie!. Ashley lives in British Columbia, but you can find her at www.ashleyspires.com.

Qin Leng is the illustrator of many picture books for children, including Hana Hashimoto, Sixth Violin by Chieri Uegaki, which was nominated for the Governor General's Award. Qin was born in Shanghai, and now lives and works as a designer and illustrator in Toronto, Ontario.

IRENE LUXBACHER was nominated for the Governor General's Award for her illustrations in Andrew Larsen's The Imaginary Garden ( Le jardin imaginaire de grand-papa ). She has illustrated several other picture books, including Mittens to Share ( Une mitaine pour deux ), The Heart's Song ( Le grand coeur de madame Lili ), as well as her own picture books Once I Was a Bear ( Lorsque j'étais un ours... ) and Mattoo, Let's Play! ( Viens jouer, Matou! ). She lives in Toronto, Ontario with her husband and young son. You can learn more about her work at www.ireneluxbacher.com.

EVA CAMPBELL is a painter of the human form. She is the illustrator of The Matatu by Eric Walters. Eva has lived in Ghana and the Caribbean, but now resides in Victoria, British Columbia.

Cale Atkinson is an illustrator, writer, animator whose work can be found in children's books, animated shorts, television, and games. Cale is the illustrator of If I Had a Gryphon by Vikki VanSickle. He lives in Kelowna, British Columbia.

DORETTA GROENENDYK is an artist and illustrator of picture books for children, including Thank You for My Bed, which was shortlisted for the 2012 Lillian Shepherd Memorial Award for Excellence in Illustration. Doretta is a graduate of the Nova Scotia College of Art and Design and lives in Canning, Nova Scotia, with her family. 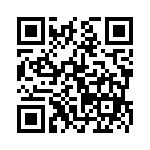