Walter Rodney was born in British Guiana (now Guyana) and educated in England. He taught African history at the University College of the West Indies at Mona, Jamaica, until 1968, when his Marxist views were deemed subversive and he was forced to leave. He spent the next four years teaching at the University of Dar es Salaam, Tanzania. He then returned to his home in Guyana as chair of the department of history at the University of Guyana. When his position was revoked under pressure from the government, he assumed leadership of the Working People's Alliance. His leadership was cut short by a car-bomb explosion that took his life on June 13, 1980. By then Rodney had achieved an international reputation, not only for his scholarship, but also for his vigorous advocacy for the rights of African Americans throughout the world. Rodney's Marxist writings denounce capitalism and imperialism for the destruction they brought upon African American societies. His expulsion from Jamaica had resulted from his 1967 work, West Africa and the Atlantic Slave Trade and the series of lectures he published in 1969 as The Grounding with My Brothers. In 1970 he published A History of the Upper Guinea Coast, 1545--1800, in which he raised new questions about the nature of African societies and their impact on the Atlantic slave trade. Despite Rodney's critics, the book was clearly an important contribution to the history of Africa. His most influential work, however, was How Europe Underdeveloped Africa (1972). Written from an African perspective, this Marxist interpretation of colonialism and imperialism in Africa has insured Rodney's place in the writing of the African past. 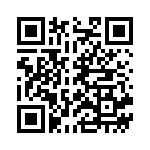