So far I have only begun this, but it is a translation of what is considered a classic of traditional Chinese historiography, a history of the five brief dynasties who claimed to rule China (chiefly ... Read full review

Richard L. Davis is Chair Professor of History at Lingnan University, Hong Kong. His books include Wind Against the Mountain: The Crisis of Politics and Culture in Thirteenth Century China and Court and Family in Sung China, 960-1279. 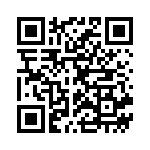