This deeply philosophical first contact tale, originally published in 1967, showcases the brilliant, often prescient mind of the late Lem (1921–2006). Humanity’s struggle to interpret what may or may ... Read full review

I long ago saw a movie version of _Solaris_, but it was high time that I read the book version of one of Lem's works, often lauded for their insight and profundity. This one is about a government-run ... Read full review

Polish science fiction writer Stanislaw Lem was born on September 12, 1921. A medical graduate of Cracow University, he is at home both in the sciences and in philosophy, and this broad erudition gives his writings genuine depth. He has published extensively, not only fiction, but also theoretical studies. His books have been translated into 41 languages and sold over 27 million copies. He gained international acclaim for The Cyberiad, a series of short stories, which was first published in 1974. A trend toward increasingly serious philosophical speculation is found in his later works, such as Solaris (1961), which was made into a Soviet film by Russian director Andrei Tarkovsky in 1972 and remade by Steven Soderbergh in 2002. He died on March 27, 2006 in Krakow at the age of 84. 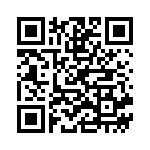