Review: Heat: How to Stop the Planet From Burning

Monbiot argues emissions must be reduced 90% by 2030 and shows how we can do it in several areas. Well written with passion and humor. Cement was a surprise. A ton of CO2 for a ton of cement cured ... Read full review

George Monbiot is one of Britain's foremost environmental and political thinkers and activists. He has been named by the Evening Standard as one of the 25 most influential people in Britain, and by the Independent on Sunday as one of the 40 international prophets of the 21st Century. He writes a weekly column for the Guardian, and his website, www.monbiot.com, currently receives some 40, 000 hits a month. In 1995 Nelson Mandela presented him with a United Nations Global 500 Award for outstanding environmental achievement. 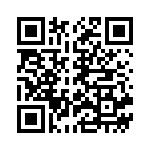